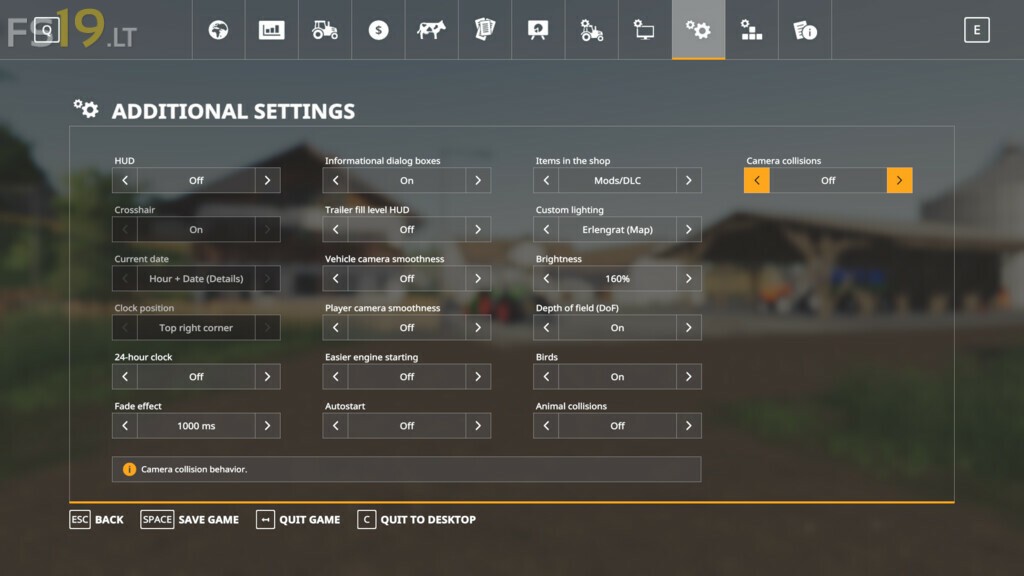 Version 1.1.0.1:
* Fixed an issue with missing fill type icon on fill indicator
* Removed the fade out effect when switching from player camera to cut camera
* The filtering function for objects in the store has been improved (modifications with the changed “dlcTitle” were shown as DLC)
* Minor bug fixes and improvements