Welcome to our second dev blog for Farming Simulator 19, due later this year. In this dev blog we’ll be talking about the tweaks we’ve made to the missions system to help get you playing the way you want, faster.

First of all, you no longer need to travel across the map to interact with mission givers. A new contracts menu lists every mission that’s currently available, detailing how much money you will get for completing it, as well as what you’ll be expected to do. This means less time spent going between missions, and more doing what you want to do – farming! There are also no longer time limits on missions and you can save while a mission is in progress, so you can work at your own pace. 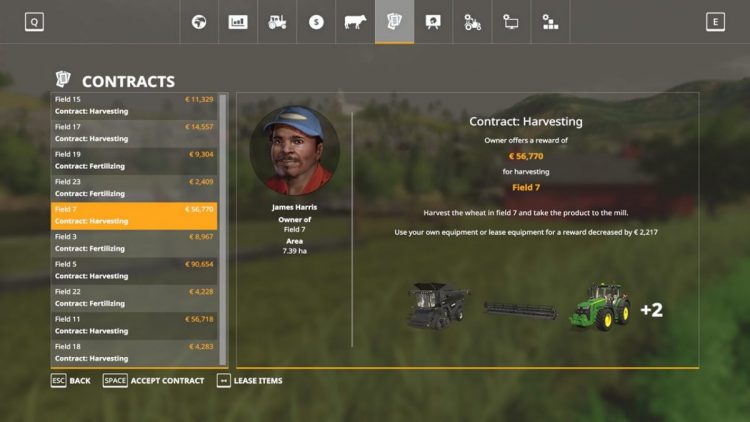 We’ve also given you the option to complete missions without leasing the equipment. This has two benefits – first, you’ll get more money from the mission, as you won’t have to pay the lease. Second, it allows you to use your own equipment for missions, meaning as you build up a speciality and a garage you can take on more missions and make more money to expand your farm. Leasing is still available for the early game and those that might want to try out new vehicles before buying them. 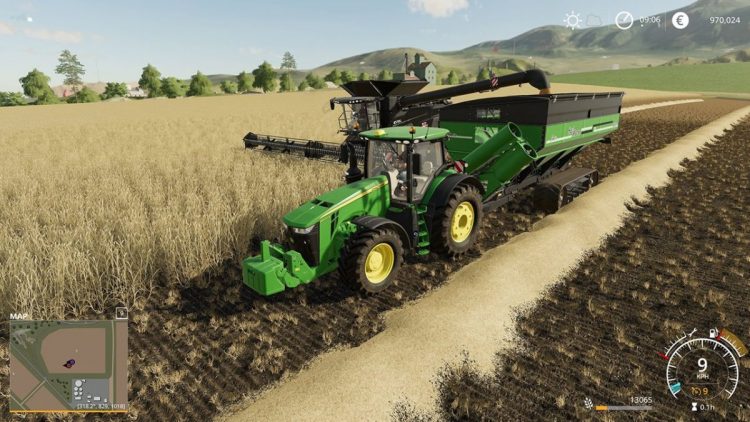 We’ve also added a new mission type, hay and silage baling. This will involve every step of the process, from cutting the grass to turning it into bales and finally delivering it. Weeding missions are now their own category, rather than purely a part of the fertilization process, including using the new sprayer tool on more developed weeds.

Transport missions are also returning from Farming Simulator 15, asking you to deliver goods from one place to another throughout the map. Take a serene drive through the new landscapes of our upgraded game engine and make some money while you’re at it.

Finally, missions are being added to multiplayer, letting you complete them cooperatively. This gives you more things to do with other players than ever before, and ties into our larger improvements for multiplayer in Farming Simulator 19.

We hope you enjoy missions in Farming Simulator 19, either alone or with friends, when it releases later this year.