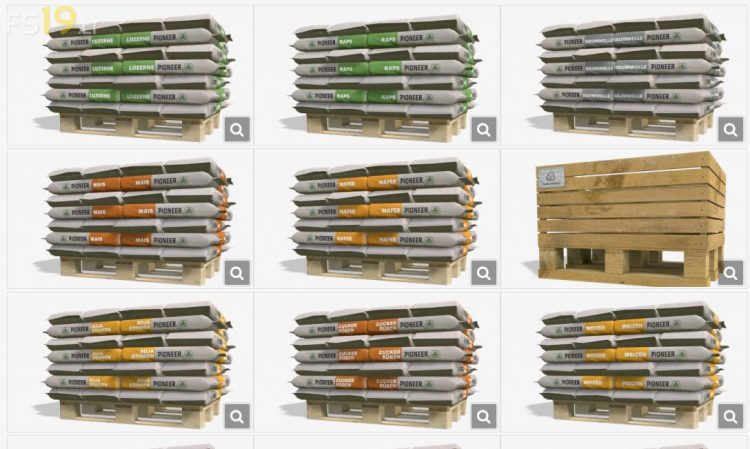 If you cannot sow a fruit on your map, then this palette is not in the shop either. If you fill a front tank or seeder with one of these seed pallets, you can only sow the fruit for which the pallet was intended. Switching the fruit through is then no longer possible. If you fill in the standard seed, you can switch between the fruits as usual. If you empty the standard seed, the BigBag no longer comes, but the Pioneer range.

You can now empty every seeder and every front tank. As an example: The standard potato planters or the Lemken Azurit cannot be emptied by default. This is fixed with my mod. Furthermore, when emptying, the first pallet is no longer created at the farthest point, but to the left of it. Each front tank can now load both fertilizer and seed. With the potato machinery, the laying animation stops when you lift it out but leave it on. Otherwise they would fall down.

If you have set a language other than German, the texts on the pallets and the store pictures are in English.

Version 2.0.1.1:
* The Store Images for the English and French Players are loaded correctly again