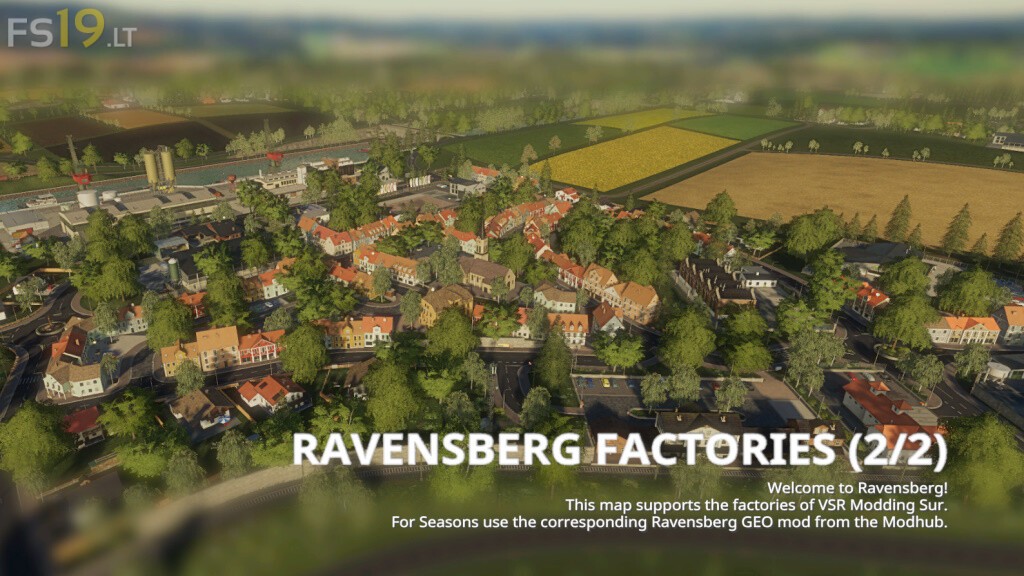 This Geo Mod is necessary to play the Ravensberg Map in the “Factories” Version with Seasons on Consoles. This Geo Mod is only compatible with “Ravensberg Factories”, so do not use it with other Maps. The Weather, the Growth and the Economy correspond to the Standard Seasons Settings